3.9.2013 UPDATE
Eliminated the old, really crappy scan of the front of the sleeve with a better one and added a scan of the back of the sleeve and the labels as well.  Not like the scans came from a vinyl copy I acquired, though (I wish!  Maybe one of these years I’ll have my own copy…) 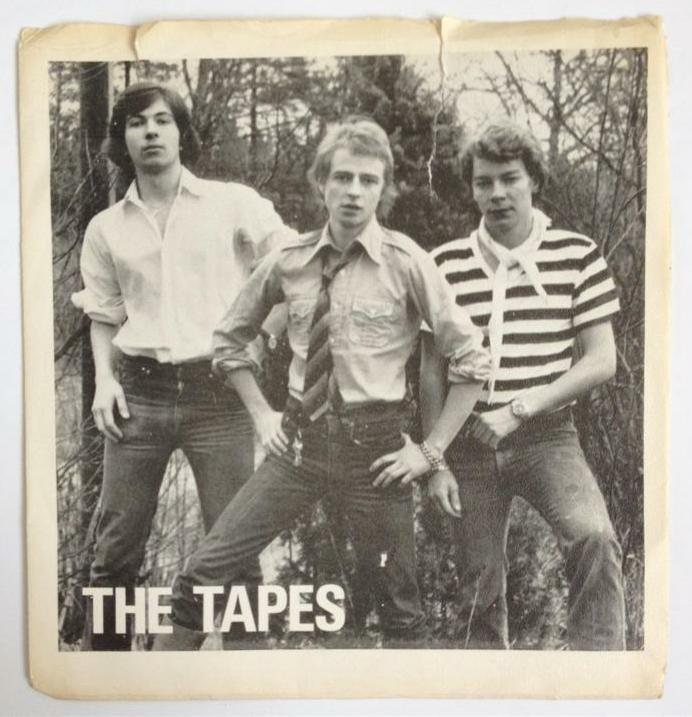 With a clearer photo, I can now see that the guy on the right was rockin’ the 1970’s man scarf around his neck.  And possibly blowdried hair too?!  Nice. 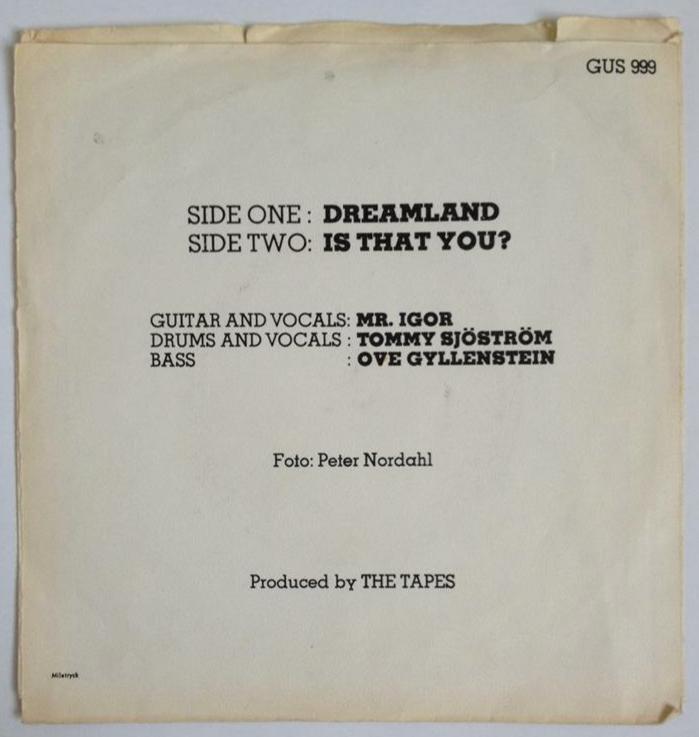 The back of the sleeve tells us the following info about the band:
Mr. Igor = Guitar and vocals
Ove Gyllenstein = Bass
Tommy Sjostrom = Drums and vocals 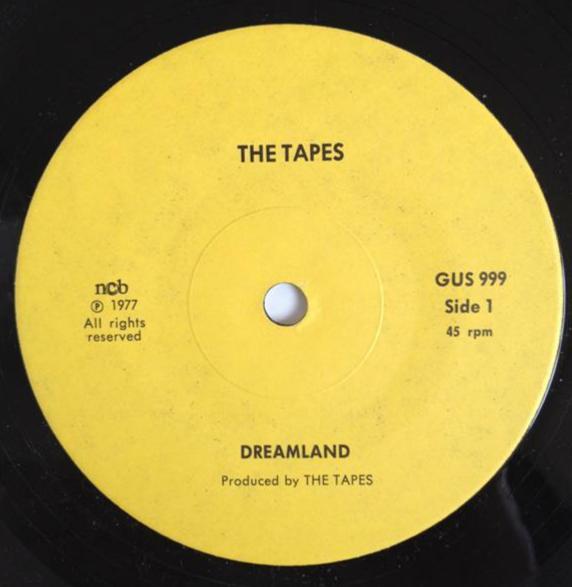 Here’s another very early one from Sweden, and even more obscure than my previous post of the Homo Electrica 45.  In 1978, an absolute boatload of wonderful punk records were released in Sweden but ones with a date of 1977 can be pretty much be counted on one hand.  Well, this Tapes 7″ is not really punk per se in the “classic” sense of that word.  It’s more DIY-ish but it a bit early for that categorization too.  Whatever you want to label it, me thinks it possesses the same energy and spirit behind a lot of punk.  I have to admit, it took me a few listens to get into it but I was hooked after that on its sloppy, charming nature.  “Dreamland” is the winner on the record- very catchy with some great hokey “Ooo-ooo-ooo” background singing goin on and an odd guitar.  And the tambourine playing also definitely adds to the song’s overall quirkiness.  It’s sung in English in a rather serious, flat manner- which I dig- and the singer’s Swedish-accented English makes it more charming for me.  And it’s topped off by him spinning a great story which, as you will see, ends on a tragic note.

“The Mysterious Mr. Kugelberg” has tipped me off to countless great obscurities like this one over the years through various articles in the wonderful Ugly Things ‘zine, and I thank him for that.  Mr. Kugelberg’s “Valhalla of Amateurism” articles turned me on to several bands like The Tokyos and Kriminella Gitarrer in my, er, more “formative” KBD years.  And although I questioned some of the records he listed in it, his “Top 100 Punk Records” list in the 1999 issue of Ugly Things turned me on to some incredible stuff I had never heard of before.  In the 2001 and 2002 issues of the zine, he did a two-part “Top 100 DIY Records” and more great obscurities then came to my attention.  Now, The Tapes 7″ was not in that Top 100 but rather featured prominently in a “whoops” post-script of 20 records he should have included on the list.  I had never heard of them and was immediately intrigued- I remember thinking “How many more unturned stones ARE there in Sweden when it comes to obscurities?  Will it ever end?!” (Hope not!)

I know nothing about the band and Johan did not give more more info other than hyping it by saying it is “A heartbreaking work of staggering ineptitude” that is “geographically challenged hick-punk-chug from the boondocks of Scandanavia”.  I wonder what region of the country they were from- does anyone know?  Given the generic band name, a Google search goes absolutely nowhere.  I do not have a vinyl copy of The Tapes 7″, only some mp3’s, so excuse the crummy scan I pulled above from the aforementioned Ugly Things article.