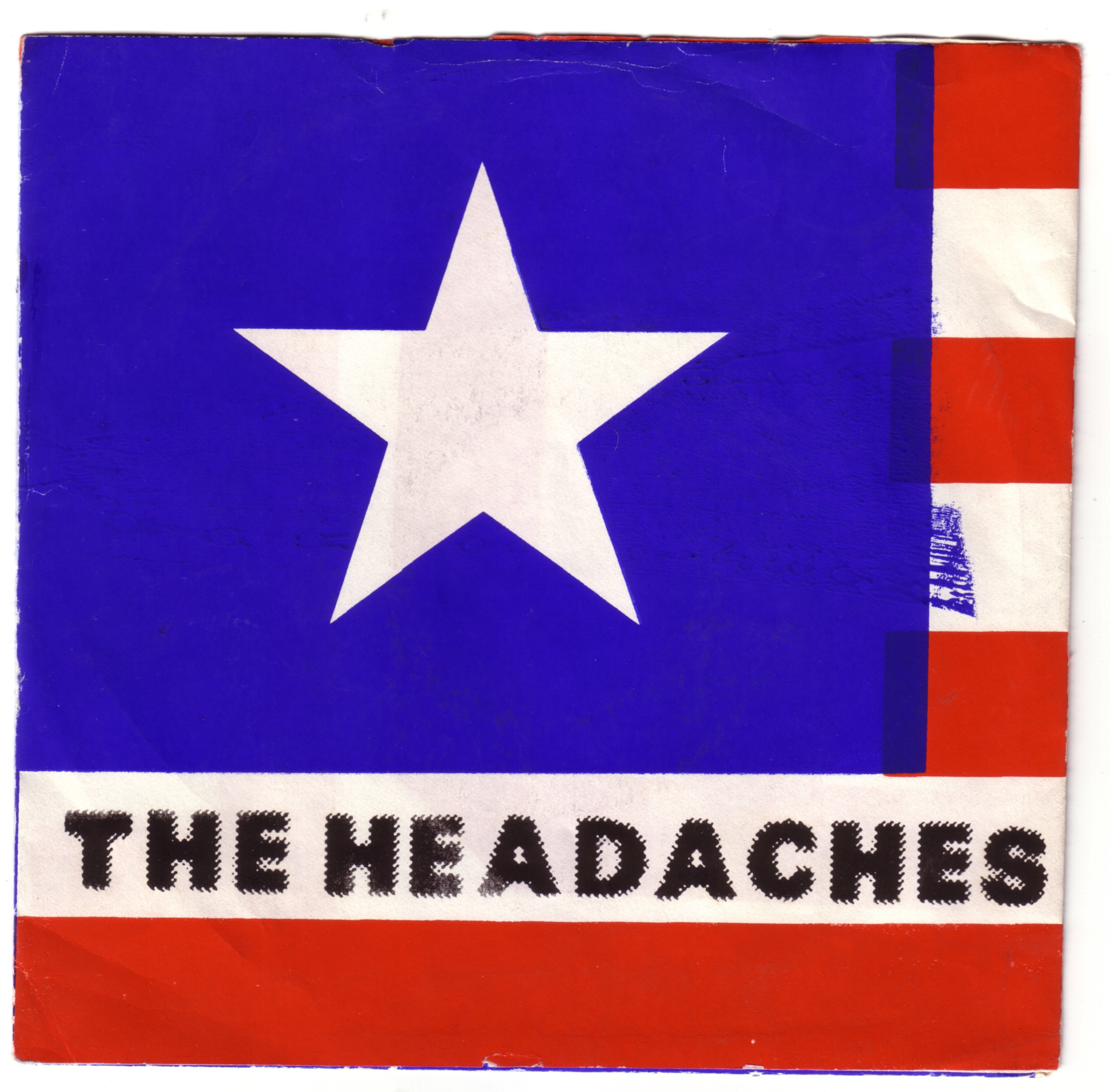 The Headaches and their GREAT “Power For Passion/Teenage Sex” 7″ remains one of my favorite Chicago-area KBD-era records and I never tire of it after all of these years- still sounds totally fresh and crisp to me and that guitar riff and drum pounding near the beginning of Power For Passion still grabs me every time.  Unfortunately, it was their only release back when they were around in the early 80’s and I figured that was that for many years… until I was lucky enough to know someone who gave me the below mp3’s a few years back of three unreleased demos (thanks again, P.R.!)

I don’t know the exact day of but which sound like they were from that same era of the original incarnation of the band (as opposed to the late 90’s/early 2000’s revival of the band) so I am dating these demos from either 1981 or 1982.  They are in the same vein of the 7″- melodic but not wimpy with a really catchiness underlying them.  The songs are played at a slower pace than their single but still good stuff in my book and a nice historical document of what else the band had to offer and proves that they had more great tunes in their songbook  and that their only 7″ was NOT a fluke.  My favorite of these three songs is the first one and the one with the slowest pace, “Redline”, which seems to be about- what else- our beloved Red Line El train in Chicago- what with lyrics like “Straight to The Red Line; that screaming sound“.  Lots of great guitar noodling on that tune and very catchy.  Well, enjoy and if anyone has other info on these demos (like an old band member) please share and fill in some details.  The sound might be a little rough on a few spots in that last track but, damn, these are unreleased demos that never saw the light of day and which have been passed around amongst tape traders.

Now back in the late 90’s a collector whose name eludes me had a site onto which he posted a scan of an old brief article/write up about the band from a local Illinois music rag and I have never been able to find an archived copy of the article in the modern day, so if anyone has this article please share.  I don’t remember what specific magazine it was posted in but it looked to be a non-zine meaning that it was some sort of “mainstream” mag like Illinois Entertainer or something- it was a quick write up and had a small picture of the band members included in it as well.

It had been posted elsewhere over the years, but while I’m at it here is their 1981 7″:

The address on the back of their 7″ had an address (3815 Mt. Prospect Road in Franklin Park, IL)- no, the address is NOT an old band member’s home so don’t go knockin on the door- the address take us to an industrial park in the somewhat non-descript suburb which is not too from O’Hare Airport.  Well, I used to work deep in the Northwest suburbs of Chicago- the job had a hellish wrist-slashing commute and in order for me to get back home, I used to try to avoid the freeways during rush hour and take all of these crazy, patchwork-y side street shortcuts (people from the Chicago area will relate to this method). Anyway, I found one trusty shortcut which took me down a street called River Road- lots of restaurants, random stores, bowling alleys, self storage units and industrial parks along the way to stare at while you meander along at only 35 MPH.  But at about 3700 North River Road one day I spotted a nice, colorful, well-done, woodcut sign on the side of the road welcoming me to The Village of Franklin Park and of course my first thought was “Hey!  That’s where The Headaches were from!!  I gotta get a picture of that sign one day!“.  So I finally did recently and of course brought along my copy of The Headaches 7” to pose in front of it.  But I had to choose the proper time of day to do this since the sign sits close to the road and traffic is whizzing by during rush hour because I was not interested in losing my life while doing this.  Plus, there is a trucking company headquartered right next to the sign so I had to park in their parking lot and I woulda raised some eyebrows- here’s this random guy parking his car in our lot who is not an employee or a customer of ours, pulling out a vinyl record and posing it in front of a town sign.  Woulda looked weird to the average person working there.  Even weirder would have been my explanation of why I was doing this if they asked me: “See, I’m a fan of this old band you never heard of called The Headaches who were from the area and I wanted to show people on my blog that I had a copy of their 7″ so I posed it in front of the town sign”.  “Uh, OK- can you leave?” is probably what they would have said to me.  Anyway, the sign is kind of big and totally dwarfs the Headaches single so you can barely see it but it’s in the lower middle part of the one pic and in my hand in the other pic. 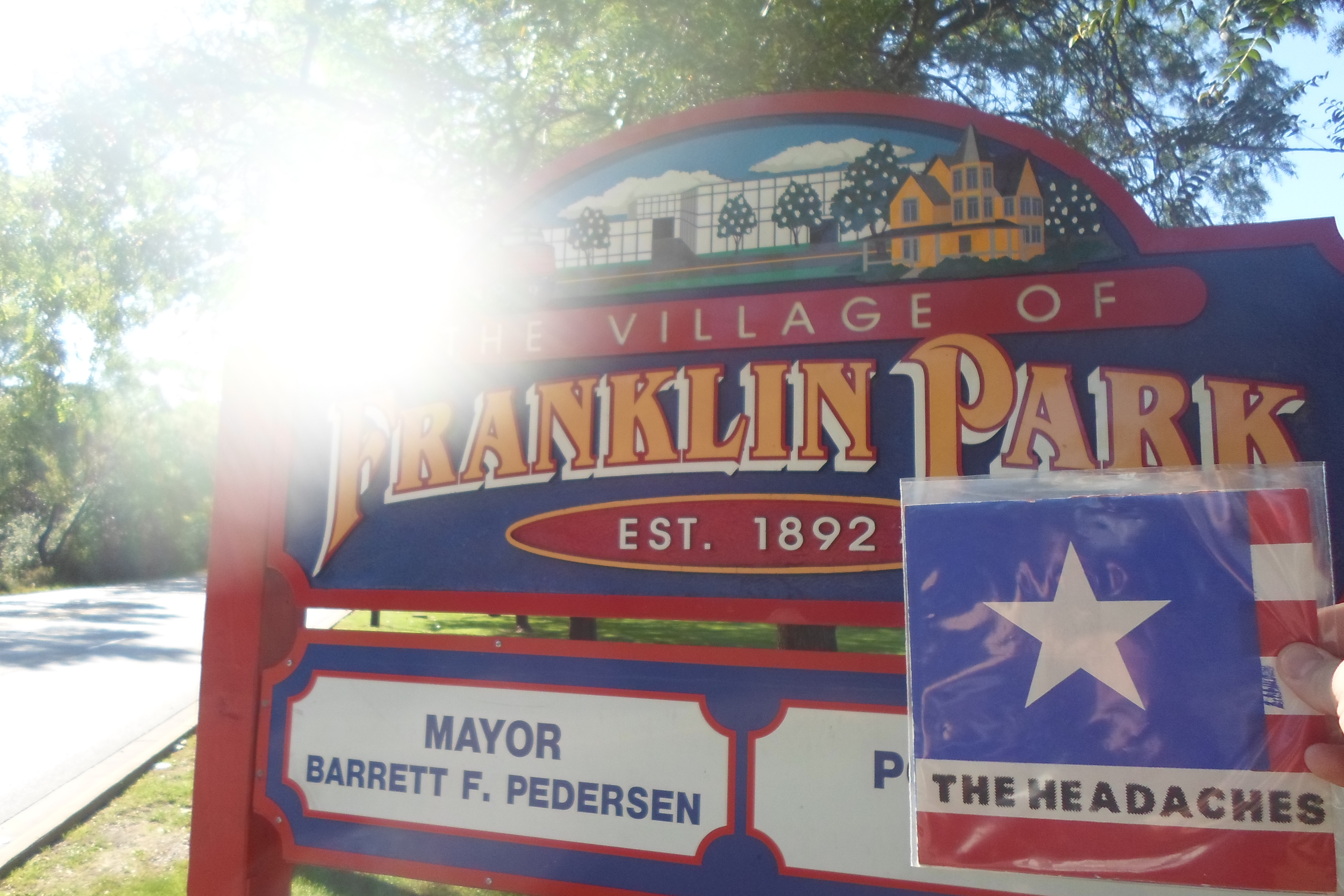 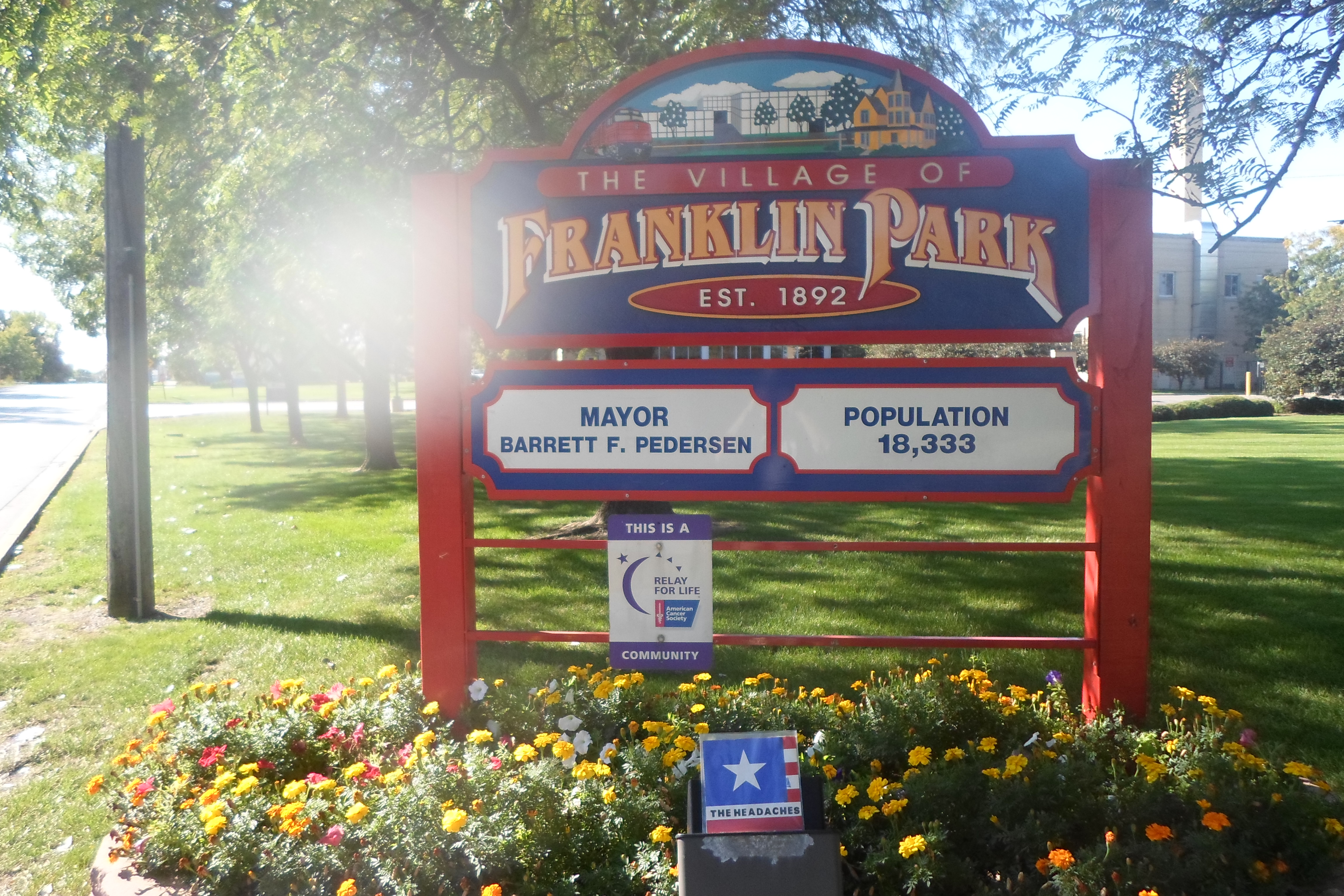 I know- nearly two years after being forced to move to a new host the site is still a shit storm full of broken links and messed up .jpg’s for my old posts between 2007 and eary 2014 and I keep promising that they will all be fixed.  All of the old, regular, previous visitors to the site probably gave up on me and moved on in their lives.

Case in point that put some fire under my behind this past week- on their site, someone linked to my old 2008 posting of The Tapes 7″ and referred to my site in the past tense like “He DID a website…” instead of the present tense “He DOES a website…” and that was the inspiration I needed to get back into it and get some new content up here.  Thanks!  Career, family life, kids getting older- all of that stuff remains busy and will probably keep ramping up and taking up more of my time but surely I can squeeze in some time early in the a.m. (like now at 5:30 a.m on a Sunday) to do some new postings.

Because I still have a long queue of cool, rare stuff that most or all of you have probably never heard and which I have been meaning to post for a long time so stay tuned…